Already played all the adventures from the Starter Set of Dungeon Hero?  Went straight to Volume Three: Bump in the Night and skilled Volume two?  Well, more adventures await! Print these out, fold 'em up, and get questing!

New! Match the suggested donation and also gain access to the bonus adventure:

Note: You will need the core rulebook from the Starter Set (Volume One) of Dungeon Hero to play these adventures.

The PDF's come in two formats:

Uhm… I love these adventures, but for some reason they’re a bit crooked… maybe it’s my print settings but…

No problem.  I wasn't aware there would be an issue with "scale to fit", so it's good to know.

I'm interested in maybe writing a Dungeon Hero adventure. Are there any tips to how I could/should go about this/how you go about making these great adventures?

Sure.  Here's my process:

First, I split up the adventure into fourths, with about 15-20 entries per part.  Then I roughly set the difficulties for each part like so:

I sprinkle in a few outliers here and there, but that's the basic structure.

Then I put in the twists and plot points.  You always want at least six challenges between each plot point so there's always at least one challenge between them.

More plot points and complicated twists (like the vikings in the Frost Giant adventure) take up space, so the more of these you have, the fewer entries total you'll have if you want them to fit on the 'zine, which in turn means that you might need to ramp up the d10's and d12's to add a little difficulty since the player will do fewer challenges.  (Unless those twists make things harder, in which case, you might need to ramp things down.)

The image is 2.35"x2" with a 2pt black border.  I draw it by hand with a ballpoint pen and scan it in.  The lock, fight, and treasure images are just Emoji.

I'll tweak the plot points and challenges a bit so they flow nicely on the pages and don't crete orphans.

Then I playtest!  I don't release an adventure until I've beaten it, and if it seems too easy or too hard, I'll go in and tweak some of the challenge difficulties.

If you make some "Dungeon Hero" zines, let me know, and I'll share them with my followers on Twitter!

I'm excited about the idea of making some of these as well. What's the best way to get them out to people once they are made? Put them up for free on a website or put them on itch.io with a similar "pay what you want" model and a link back to the original Dungeon Hero Zine set on here? Like "Compatible with Dungeon Hero Zine" and a link? <3

Well, since I posted the above, Button Shy (a game company) has become the publisher of the game under the new name, AdvanceQuest.

I just chatted with the owner of Button Shy, and he said he'd grant permission to create and distribute fan adventures, providing:

I'm in agreement with him on the above.  The third point is very important – we reserve the right to revoke the permission if something offensive gets produced we don't want associated with the game. (Not that I think it's likely an issue glancing over your own work, which looks cool by the way, but it needs to be said clearly for anyone reading.)

As a side note, I see you made a roll-and-write about the Night Witches.  That is awesome!  I've got a design for a game about them, too, that I've been tinkering with off and on for years. I really need to dust it off and finish it at some point.

Sounds totally reasonable, and I'm in agreement with you both definitely. Once I finish the drafts I'm working on, I'll send copies for your review. Maybe we can work together!

Looking forward to seeing what you come up with! 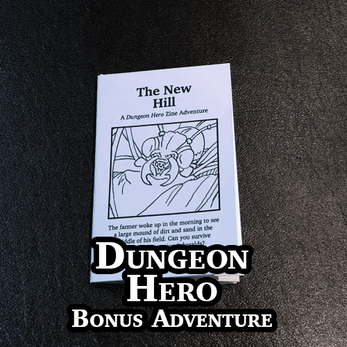